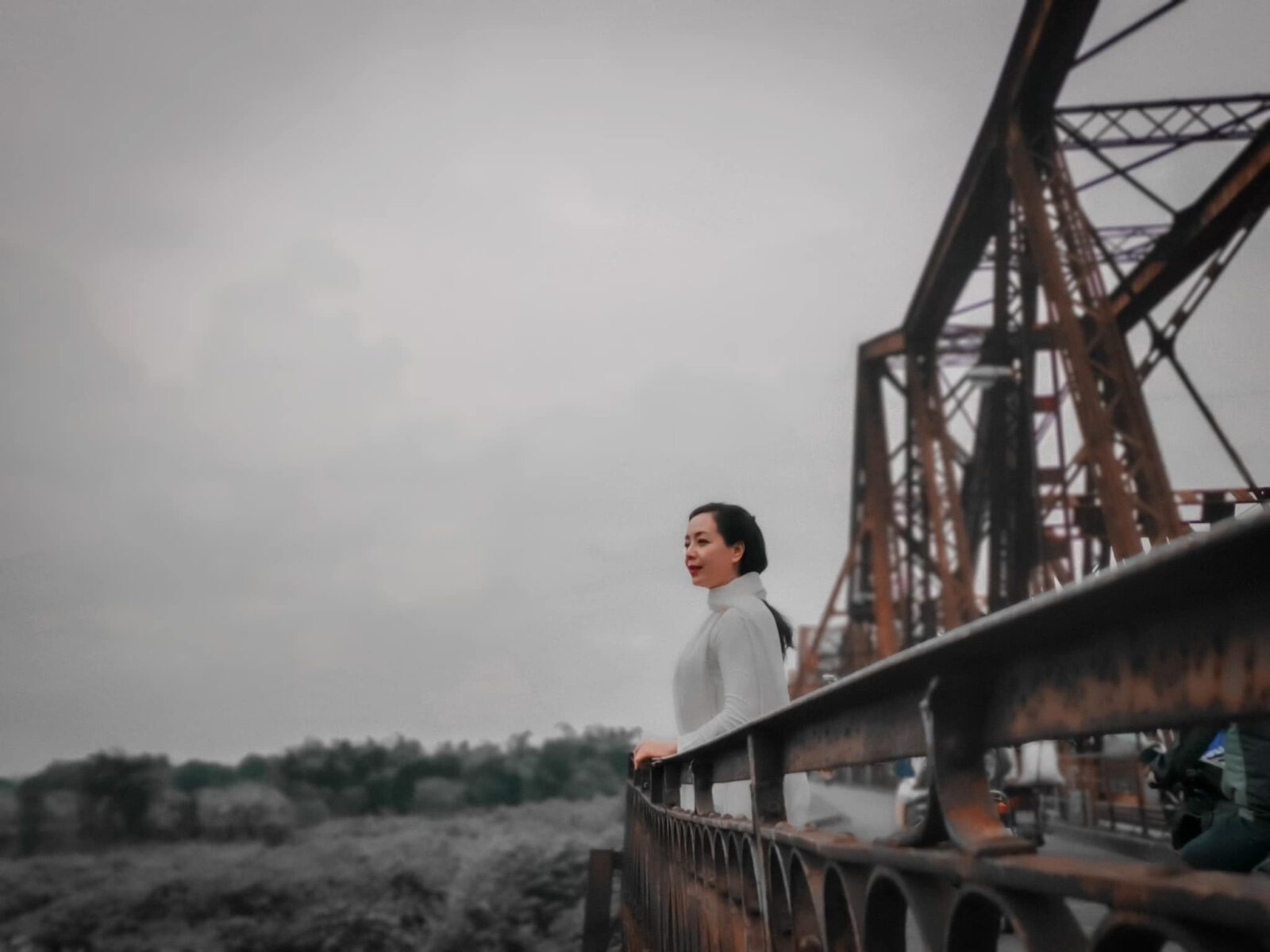 With the title of “historical witness”, having existed for more than 100 years, experiencing many ups and downs of time and historical events, Long Bien Bridge still stands tall and becomes one of the symbols of Hanoi. This is also an ideal place to admire the corners of Hanoi and have relaxing moments.

The following article will provide some information, hopefully it will be useful in your trip to Long Bien Bridge , Hanoi.

Where is Long Bien Bridge?

The bridge was built by the French in 1898, inaugurated on February 28, 1902 with the original name Doumer Bridge. After the Liberation of the Capital, the bridge was renamed Long Bien Bridge by the Governor of Hanoi – Doctor Tran Van Lai and used this name to this day.

Over hundreds of years of existence, Long Bien bridge still exists with the capital and until now the bridge has put on its rusty color despite being repaired many times. However, in the eyes of the people of the capital, Long Bien Bridge is a historical relic worth to be proud of.

How is Long Bien Bridge designed?

Long Bien Bridge has a total length of 2,290 m across the river and 896 m leading to the bridge, including 19 steel beam spans placed on 20 piers over 40 m high. The bridge is designed into many lanes, including a single railway in the middle, two lanes for pedestrians 0.4 m wide and 2.6 lanes for bicycles and other vehicles. m.

In contrast to bridges in Vietnam, traffic flows on the bridge to the left, not the right. This type of design often appears in European countries, typically France.

From a distance, Hanoi’s Long Bien Bridge looks like a winding dragon, many people think it’s very similar to the Tobiac bridge in District 13 connecting Paris and Orléans (France). In comparison, this bridge deserves to be called the most impressive iron bridge in the world.

Who designed the Long Bien Bridge?

During the nation’s two heroic wars of resistance against the French and Americans, Long Bien Bridge witnessed the most important milestones. In 1945, when President Ho Chi Minh read the Declaration of Independence at Ba Dinh Square, the bridge became the span leading thousands of suburban people to Uncle Ho.

Wandering and watching the sunset on Long Bien Bridge

You will not find it strange that Long Bien Bridge is a place chosen by many young people to “roam”, take a few laps by motorbike, breathe the peaceful atmosphere in the heart of the capital. It is a place that many people come to choose to check-in to celebrate Hanoi, celebrate the April lily season…

As a place where you can enjoy a panoramic view of the ancient and solid Long Bien Bridge over the years, the coffee shop on Tran Nhat Duat Street is located on the 4th floor of a building with open space. You can order a cup of coffee while sipping and chatting and observing the bridge, the Red River rock beach or the bustling market nearby. And don’t forget the eye-catching virtual live pictures!

Long Bien Bridge at night is not too deserted, lonely when the flow of people is less, but in the summer it is a place to cool off, in winter it is an ideal place to sit back and eat grilled corn, enjoy the cold air but almost rub stories.

Going to the Red River rock beach to take pictures

As a strange place for young people, the Red River rock beach is a place where believers who love “virtual living” will not be able to check-in. The scenery is far away, the green bowl will definitely give you shimmering pictures like in the steppe.

Long Bien Bridge at any time of the day, during the year has a contemplative look of time. This is an endless source of creative inspiration for photographers. From landscape photos, photos taken from flycams, to life photos are all very interesting.

Young girls wearing ao dai on Long Bien Bridge are one of the typical images when it comes to Hanoi. Besides, the image of a train passing by also reminds many people of the time stamp, about the antiquity.