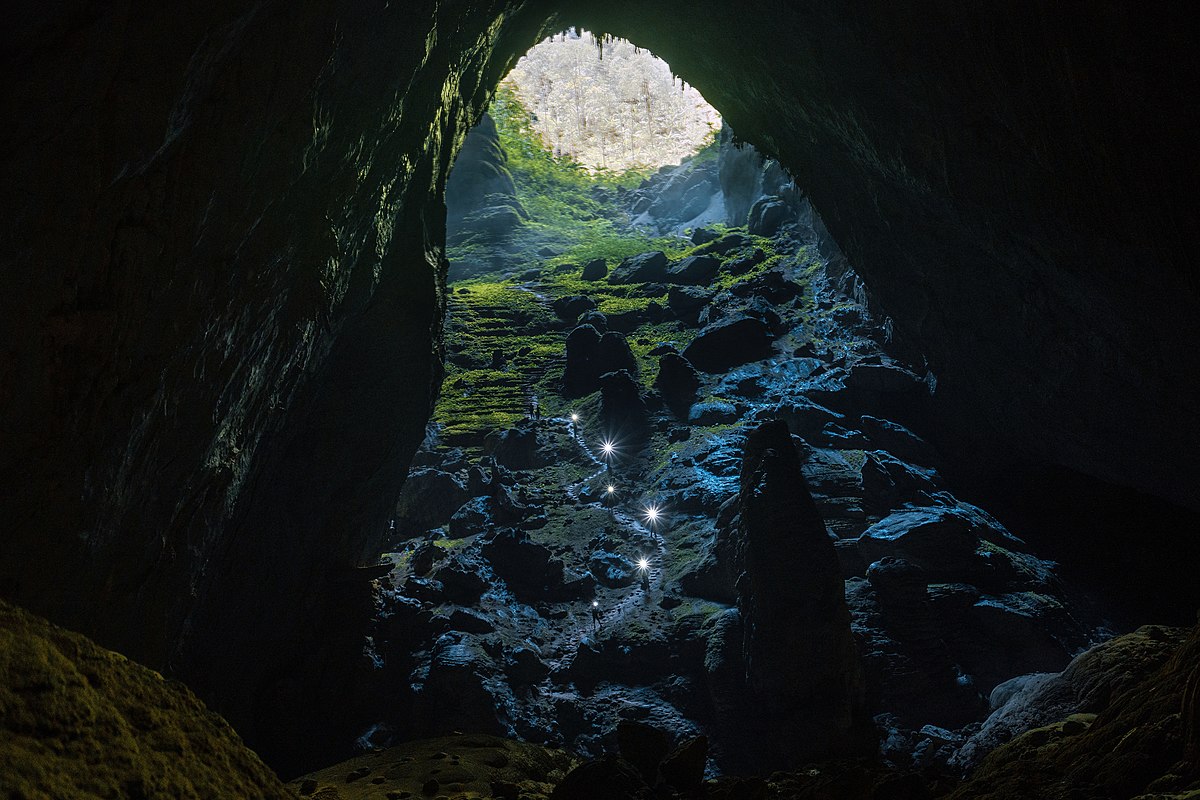 ​​The majestic and magnificent scenery inside Son Doong cave exceeds the imagination and creativity of the artist. 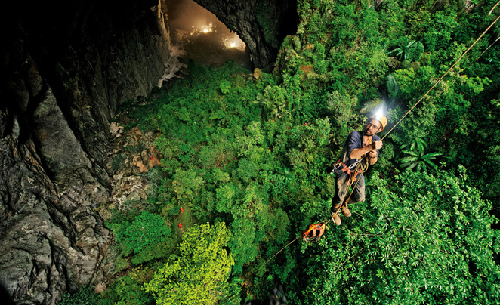 Recognized as the world’s largest natural cave, Son Doong – Quang Binh province, contains many secrets that scientists have not been able to decipher. This is also a destination where Western tourists are willing to pay a tour price of 3,000 USD (about 63.6 million VND) but have to wait in line after 2016 because it is full from now until then.

SPOTTED ON A RAINY DAY

In 1991, Ho Khanh, a local resident, accidentally discovered Son Doong cave when he hid at the cave entrance to avoid the rain. After a while, it was not until 2009 when the British Royal Cave Association expedition came to the exploration area that Ho Khanh informed them.

Part of the roof of the cave collapsed several centuries ago. Thanks to that, rainwater and sunlight can enter here, creating favorable conditions for plants to grow in the cave. 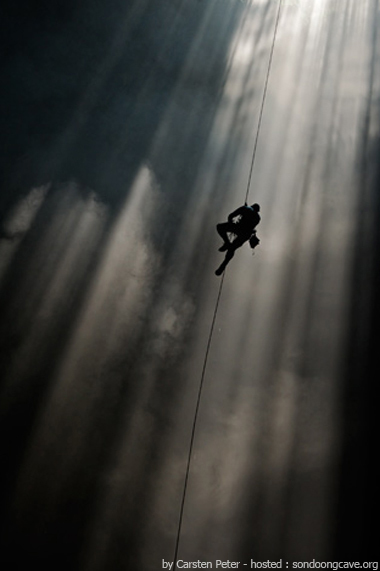 It took him a long time to find the cave entrance, which is located deep in the old forest with rather difficult terrain, far from the main road and cannot be seen with Google Earth. Thanks to his guidance, the expedition went deep into the cave to take pictures, measure and collect scientific data. Ho Khang described: “when entering the cave, it is clear that there is always a cool breeze blowing out of the cave, the sound of the wind whistling through the cliffs sounds cold …”.

CAN ACCOMMODATE A 40-STORY BUILDING

Son Doong cave is 150 m wide, 200 m high, at least 5 km long. The actual length of the cave may be even deeper than scientists have recorded. However, explorers of the British Royal Caving Association could not go to the full depth of the cave due to limited technical conditions.

However, with the recorded size, Son Doong has surpassed Deer Cave in Gunung Mulu National Park of Malaysia (120 m high, 150 m wide, 2 km long) to be recognized as the largest natural cave in the world. gender.

Because of the vastness of the cave, explorers had to struggle to bring measuring and photographic equipment inside to serve research.

In addition, some sections inside Son Doong cave are up to 140 m x 140 m in size, including 14 m high stalactite columns. Photographer Carsten Peter once took a photo that recorded the width of the cave is about 91.44 m, the dome is nearly 243.84 m high, meaning that it can accommodate a 40-storey building inside.

According to scientific documents, Son Doong cave was formed when river water flowed across an area of ​​buried limestone along a fault line. Over millions of years, the water flow eroded and created a giant tunnel in the ground under the mountain range. In places where the rock is soft, the ceiling collapses to form holes, which over time become a giant cave arch.

THE RICH FLORA AND FAUNA WORLD

Because the ceiling of Son Doong cave collapsed many centuries ago, there is a lush forest inside the cave, which explorers named Eden forest. This forest is inhabited by monkeys and bats. A variety of ferns, palm trees, and vines are covered with green from the outside to the inside of the cave. Ancient lakes, waterfalls, and rivers inside the cave formed rich vegetation. In particular, the explorers also discovered that pearls are formed in the process of dripping water, creating calcite crystals on sand grains.

The reason why Son Doong cave is limited to welcome visitors is due to the protection of the landscape and the environment. Currently, the mysteries of the plant and animal world inside the cave have not been fully deciphered. Therefore, Son Doong cave welcomes explorers and experts in biological research rather than tourists who come out of curiosity.