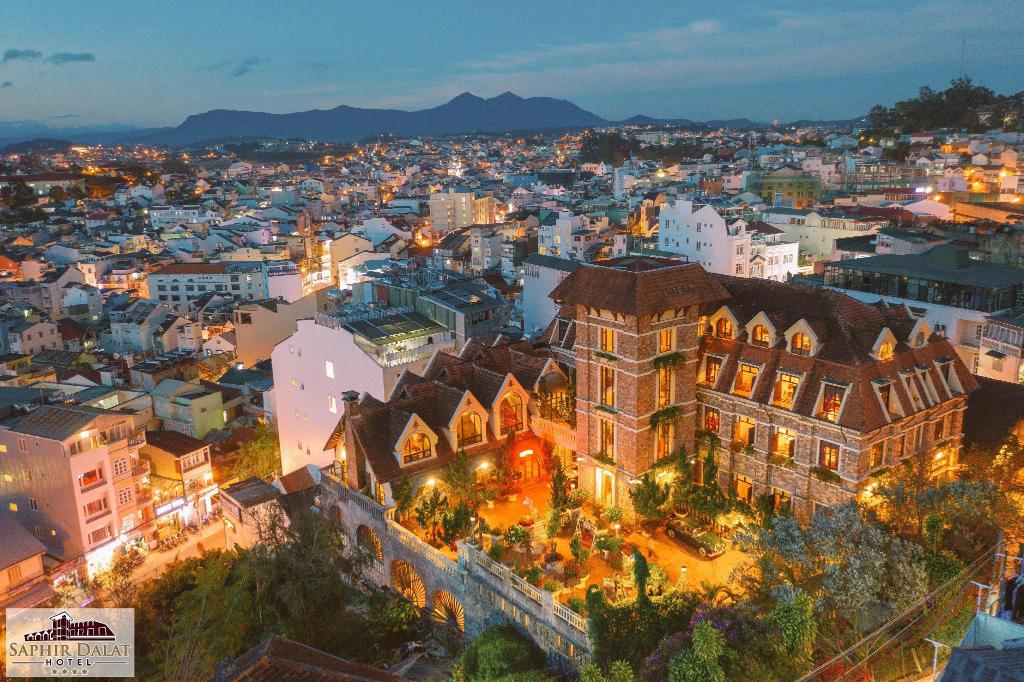 What’s good in Dalat? Da Lat is one of the most beautiful tourist cities in our country, located on Lam Vien plateau in Lam Dong province. This place with poetic beauty, cool weather has attracted domestic and foreign tourists to come here every year.

The reason why people in Ho Chi Minh City often choose Da Lat as a resort and tourism destination is that Ho Chi Minh City always has a hot and sunny climate all year round, coming to Da Lat will help them relieve all fatigue and heat.

Last weekend, I took advantage of a trip to Saigon to relax and relieve stress after tired and stressful days. Because the distance from Saigon to Dalat is not too far, the road is beautiful, so motorbikes are the most suitable means.

Distance from Saigon to Da Lat

You will have two basic directions, one for cars and one for both cars and motorbikes.

This is the route to Saigon – Dalat only for cars and it extends 307 km from the inner city of Ho Chi Minh City to the center of Da Lat city, Lam Dong province.

First, you start from the inner city of Ho Chi Minh City and go straight to Thu Thiem tunnel. From here, you move onto the Ho Chi Minh City – Long Thanh – Dau Giay highway. This highway section has a length of 55km, after going all the way you turn left and enter the national highway 14km and turn right through Highway 20.

In general, this is a route that is not too difficult to find and the road is also beautiful, however, the only limitation of this route is that the way to Lam Vien will have some problems with altitude, downhill and fog. dense in the early morning. There have been many tragic accidents that have happened in this area, so you need to prepare carefully in terms of health, psychology as well as choosing a suitable and safe departure time, remember to comply. Follow traffic laws, drive at a slow speed!

When starting to move, you also need to find out how many kilometers from Ho Chi Minh City to Da Lat  or see the map from Saigon to Da Lat to get the best preparation.

The second Saigon-Dalat road for both cars and motorbikes will be closer, this route is 290km long. Starting from the city center, you follow the direction of Saigon Bridge and then enter the Hanoi highway. Then, move another 18km to reach Vung Tau crossroads. Then, you turn right to go another short road with a length of about 5km towards Vo Nguyen Giap street. This road has a distance of 12km, turn right to go to National Highway 1.

After that, you drive about 18km more until you reach Dau Giay junction and go to National Highway 20. It takes another 75km to reach the territory of Lam Dong province. From here, you continue to follow the instructions of the first route to reach Da Lat city.

Although this is a shorter road from Saigon to Da Lat than the car road above, it is more difficult to go because there are quite a lot of roads with potholes and dust, especially many traffic police. So you must strictly obey the road traffic laws, pay attention to stay safe during the move to have the safest and most fun trip!

If you do not have your own car, nor do you want to ride a motorbike, there are quite a few passenger cars and means  of transportation from Ho Chi Minh to Da Lat for you to choose from.

You can learn more to give yourself the best, safest transportation choices!

Distance from Da Lat to other places in Lam Dong

As we all know, Da Lat is a city located on Lam Vien plateau in Lam Dong province, this is a place located in the Central Highlands of Vietnam, in addition to Da Lat, Lam Dong province also has many beautiful places and attractions. Another interesting thing, if you want to travel or work from Dalat to other districts of this province, we will give you the number of kilometers for your reference!

Lam Dong has 2 cities under the province and 10 districts:

– From Da Lat to Cat Tien district is 206km long

– From Da Lat to Dam Rong district is 105km long

– From Da Lat to Da Terh district is 184km long

– From Da Lat to Don Duong district is 39.4km long

– From Da Lat to Duc Trong district is 44.4km long

From the experience gained after traveling to Dalat, I hope the above instructions on how to go to Da Lat from Ho Chi Minh City safely and conveniently  will help you have a smooth, safe and enjoyable trip. best. Quickly schedule a trip to Dalat to avoid the heat of Ho Chi Minh City